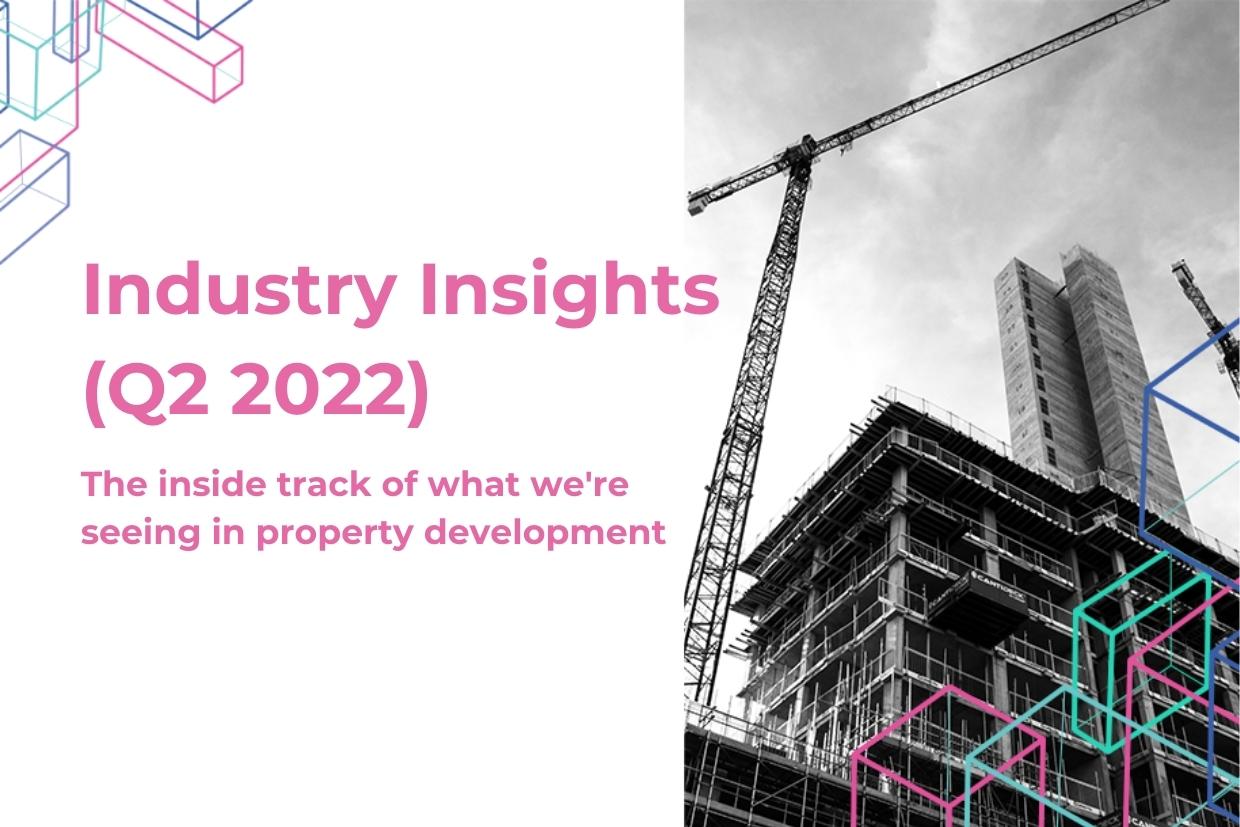 The inside track on property development. Read our views on land price issues, how to calculate residual land values and the impact of interest rate rises.

As we wrote about last time, a perfect storm of factors are contributing towards pressure on land prices.

Build costs and rising interest rates are putting so much pressure on the viability of each scheme, that land costs need to be reduced to accommodate.

For many this is great news, but the transition to lower land prices will take time and will not be adapted uniformly across the UK.

"Just this week, I’ve had conversations with 3x developers that had had offers accepted on sites, but in all 3x cases, the land price is too high."

Two of the three developers are buying sites for cheaper than what they offered, for the same site last year.

In such scenarios, it’s easy to get carried away and think you’ve got a bargain when the agent comes back asking for bids that are lower than perhaps you previously bid. However, take the time to re-do your numbers and see if the scheme works before confirming your bid. If somebody else has pulled out, and that is why the site is back on the market, then the fact someone else couldn’t make the numbers work should be a big warning sign.

As one developer explained, the land price has reduced by ⅓ since he started looking at the site 12 months ago, however, his build costs, which are a much bigger proportion of the overall costs, have increased by 50%. The land cost needs to drop by around ⅔ or ¾ of the price the seller was looking for just 12 months ago to make the scheme viable. There aren’t many sellers that are going to take that kind of hit, so you need to show them why this is the case, which segways nicely to the next section….

Calculating residual land value (and using it as a negotiating tool)

Whilst the majority of property developers know how to calculate residual land value, it’s always good to recap;

Whatever is left is fair value for the land (and transaction costs; stamp duty, etc.).

To see how residual land value works, check out this video.


"We’re speaking to developers that are using their workings on the residual value as a way to negotiate their purchase price with sellers."

It’s very difficult for sellers to argue with the numbers when they are laid out as clearly as the above.

Yes, the seller can take their chances with someone that might be less educated on this calculation, and is willing to pay more, but once the lenders’ professionals get involved (their valuer and QS), the price paid is not going to stand up to scrutiny.

As a worst case scenario, the lender may pull out of the transaction altogether, leaving both the buyer and seller high and dry, and having spent time and money on the project.

The best case scenario is likely to be a down-valuation. A reduced loan as a consequence, and possibly a lender that doubts the borrower’s credibility if the down-valuation is significant.

Whilst waiting for a down-valuation, could be an easier way of discussing a lower price for the land, most sellers are only likely to accept the lower price, if they are a motivated seller and / or they have been prepared for that outcome.

Can you say to the seller, ‘based on build costs rising and GDV’s plateauing, I think the price we’ve agreed might be seen as too high by a lender, but I’m happy to see what the lender’s surveyor says and then we can have another conversation, if that’s ok with you?’

This way you are acknowledging their are market factors that are beyond both person’s control, and deferring to a professional as a way of re-negotiating the purchase price if necessary.

The adoption of increased rates is an interesting one in the industry. For those that don’t know, the Bank of England Base Rate has increased from 0.1% in December 2021 to 1% by May 2022 – an increase of nearly 1% in 6 months. "For lenders that price over base rate, then the increased cost has been passed on directly to borrowers. However, base rate lenders only equate to around ¼ of the marketplace."

So what does everyone else do?

The majority of lenders use LIBOR as their base index. Specifically, 3-month LIBOR. SONIA is now the advocated alternative, but it will take time for the industry to transition. However, both SONIA and LIBOR have tracked higher due to the increase in Bank of England Base Rate, therefore borrowers on these rates have seen a similar upward price change as base rate borrowers.

Of the rest of the industry there is a mix between lenders that set their own standard variable rate and add their own lending margin to this, and lenders that offer a fixed borrowing cost for the duration of the loan term.

Due to the uncertainty of how quickly the base rate might increase, those lenders that were offering fixed rates for the term of the loan, are now fewer and farther between. I was speaking to LendInvest in the week, and they’ve said they have had to move to a base rate tracker model, as it could prove to be too expensive for them not to do so.

"If you’re close to drawing down a loan at the moment, check the contract to see what the implications are for you."

If your scheme is marginal, can it afford a 1% or more rise in interest rates, and potentially increased build costs?

On the Brickflow platform, we list the detail of how every lender prices their rates for everyone to see. Simply click ‘Check Eligibility’ on the loan results screen and look for the following information;

Or check out this short video to see how it works on Brickflow.

As interest rates haven’t gone up since 2017, we can all be complacent in how such things impact us.

Higher rates, means lower loan amounts on each project, as each lender takes more of the total loan to cover the borrowing costs.

Higher rates also cut into profitability, so it’s natural that land costs need to be reduced.

However, on top of that, you have a huge and unparalleled increase in build costs, putting more pressure on land costs.

Smart land owners will understand this, but unless they need to sell, they might decide to wait things out, and hope that build costs fall in the medium term so they can sell at a better price in a couple of years time.

The inside track on property development. Read our views on borrowing costs, overages, land payments, whether it’s a good time to buy and looking...

The inside track on property development. Read about how interest rate rises might impact you, lender reactions, build costs and land price...